Past Years: 2020 2021
Learn More: Pratt Institute B.F.A. in Communications Design
Meg Bryant
Walk With God
Tags +
erotica, queer, religion, satire
My thesis topic revolves around Christian iconography, sacred and dreamscape spaces, and southern culture. I decided to choose this topic after investigating symbolism, evangelist brands, religion as an all encompassing space, the contrast between commercial branding and religious iconography, and the spectrum of design from the philosophy of the sublime to cringe to camp to kitsch aesthetics from Fall 2021 to now. Using Christian iconography was a starting point for me because I have experience with the religion itself and its aesthetics. The sublime lends itself to religion as it's an almost spiritual experience. Last semester I also investigated kitsch design in context with Christianity. I plan to create a collection of images in the form of three 7x10 inch physical books. There will be two 35mm film photography books and one graphic book that align at their spine to form a cross. The images from my 35mm book will be shot by me. One book will be a narrative following a character around the Bible Belt, while the other will be an assorted collection of images that include various references to Christianity. When I started exploring my thesis, my main areas of interest were centered around Christianity. As a child, I was raised by conservative Christians, and religious influence was always present. I was surrounded by religious statues, posters, and clothing. I didn’t think about it then, but I was subconsciously being exposed to Christianity in the marketplace almost every day. When exploring my thesis topic in the first semester, I became curious about spiritual opportunism, branding, religious iconography/symbolism, and sacred spaces. Christian iconography is so pervasive that most non-religious people recognize Christian symbols regardless of religion or creed. One form of spiritual opportunism includes the use of religious imagery to sell non-church related products. “If you really want to shock people in the art world, talk about Jesus or God,” says David Lachapelle, who explores heaven, the new testament, and spiritual enlightenment in his work (Iqbal). Lachapelle’s work often reframes religious scenes from the Bible such as his “Last Supper” (from Jesus is My Homeboy) and his series American Jesus with Michael Jackson. Lachapelle plays with kitsch photography broadly. He does this using characters and subject matter like Amanda Lepore snorting diamonds and Hillary Clinton posing with her wax model. Kitsch calls for “fast and bad design” (Narter). My hunt for kitsch design last semester led me to websites like Blingee, a site that allows you to build your own animated design using premade graphics. These designs reminded me of my childhood and middle school years, and I wanted to create similar images. Pierre Gilles is another artist who uses overdone aesthetics to create photos both reflective of editorial campaigns and paying homage to pop art in a new way. He mixes pop-culture and religious iconography and imagery to magnify and elevate his subjects. My approach to this project will include multiple mediums and a dual process creating posed and unposed portraits and stills with a focus on book design. I’d like to try new systems of creation, but I’d also like to continue my current process. I’ll produce posed portraits, unposed portraits and stills, specific venues and works to be captured, and build a catalog of religious imagery and designs. My thesis will try to encompass mixed messages and classic aesthetics from the Church. I want to conjure the sublime, I want to hint at the corruption, and I want to call upon the kitsch to both criticize and celebrate the juxtaposition of Christianity and its aesthetics in contrast with popular culture. I also want to express my own experience being raised in the South (specifically as a woman) and the mixed messages within culture.
megbryantcreative.com 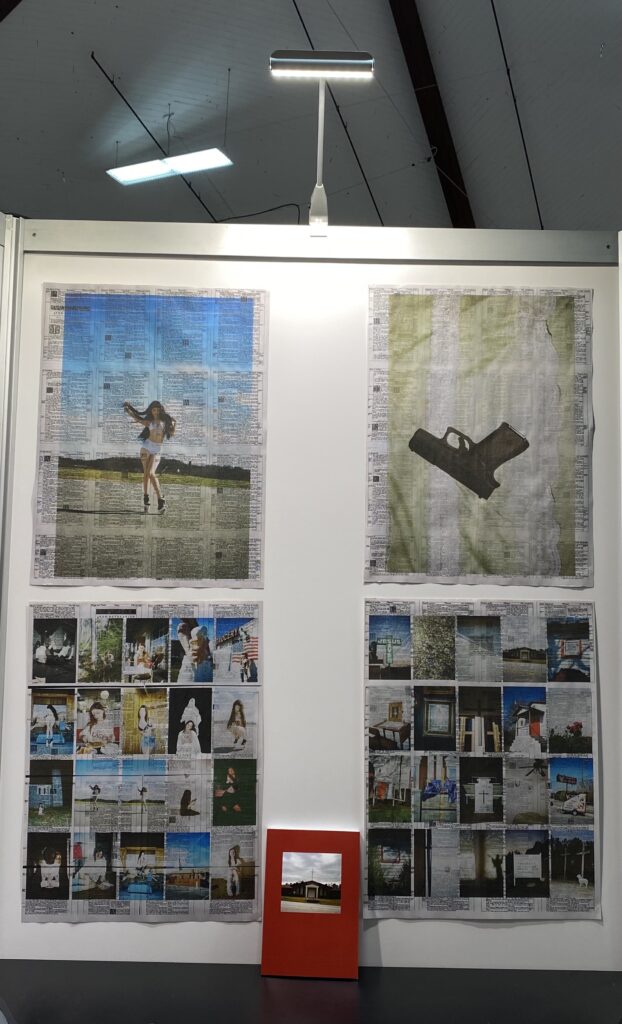 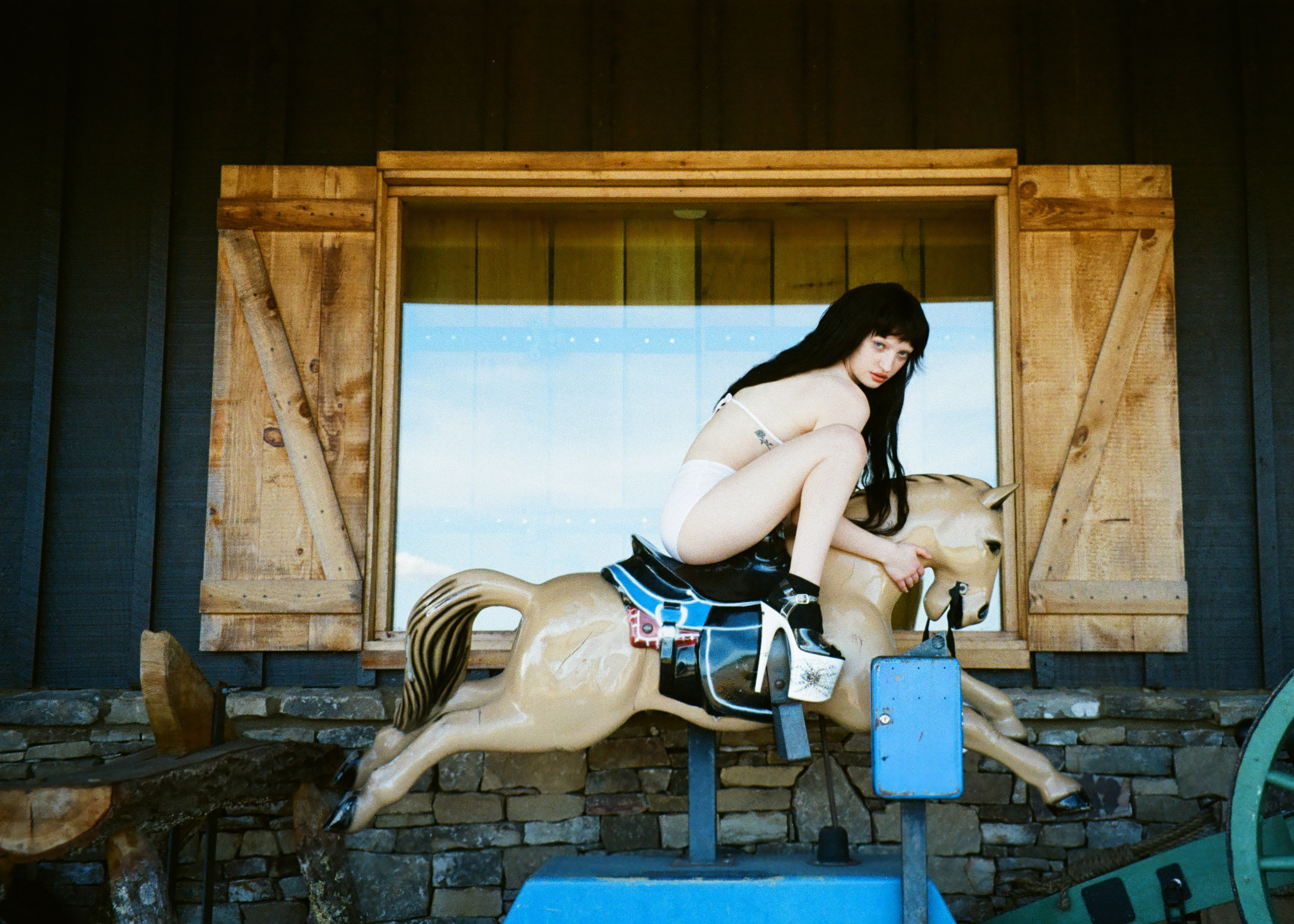 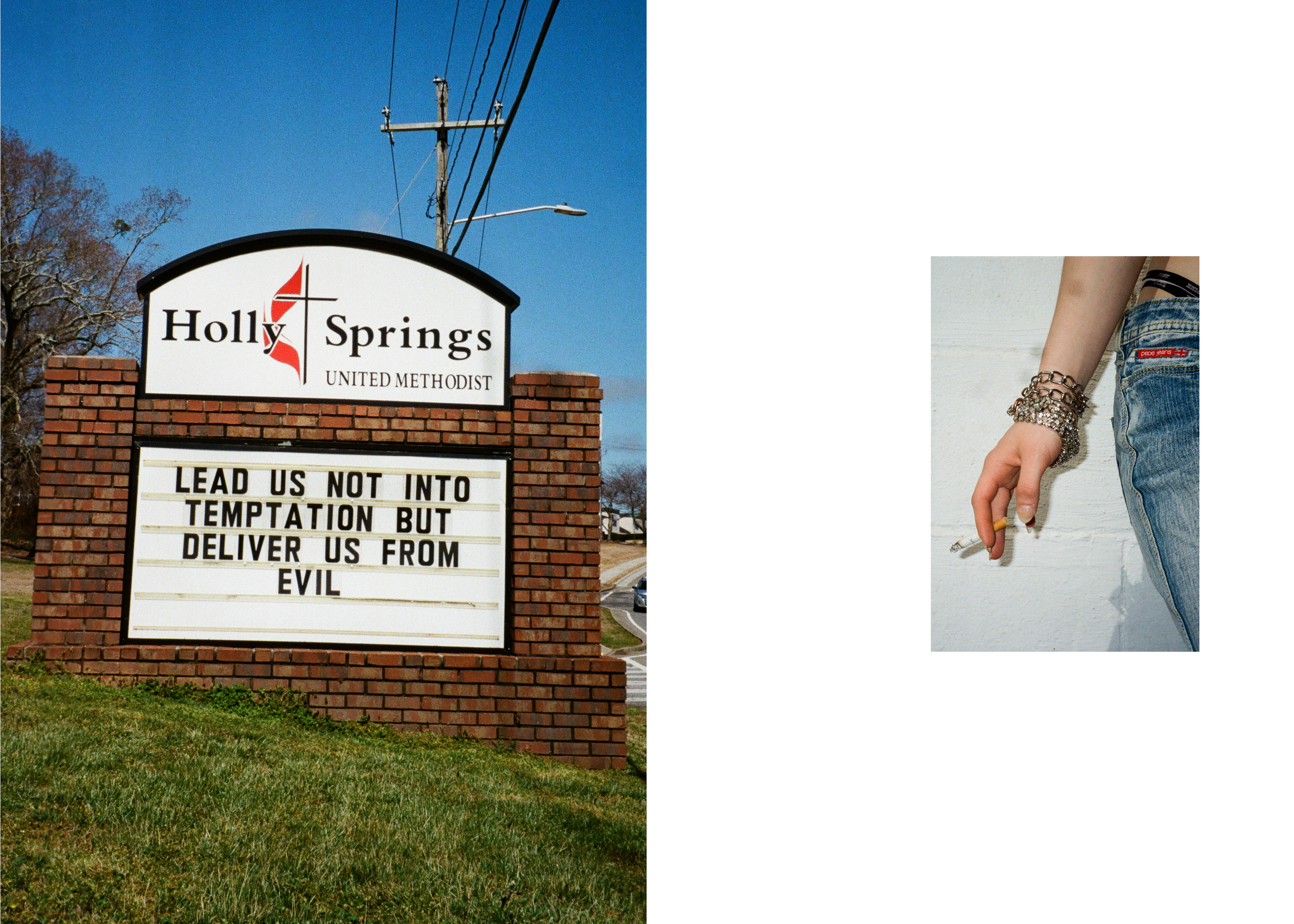 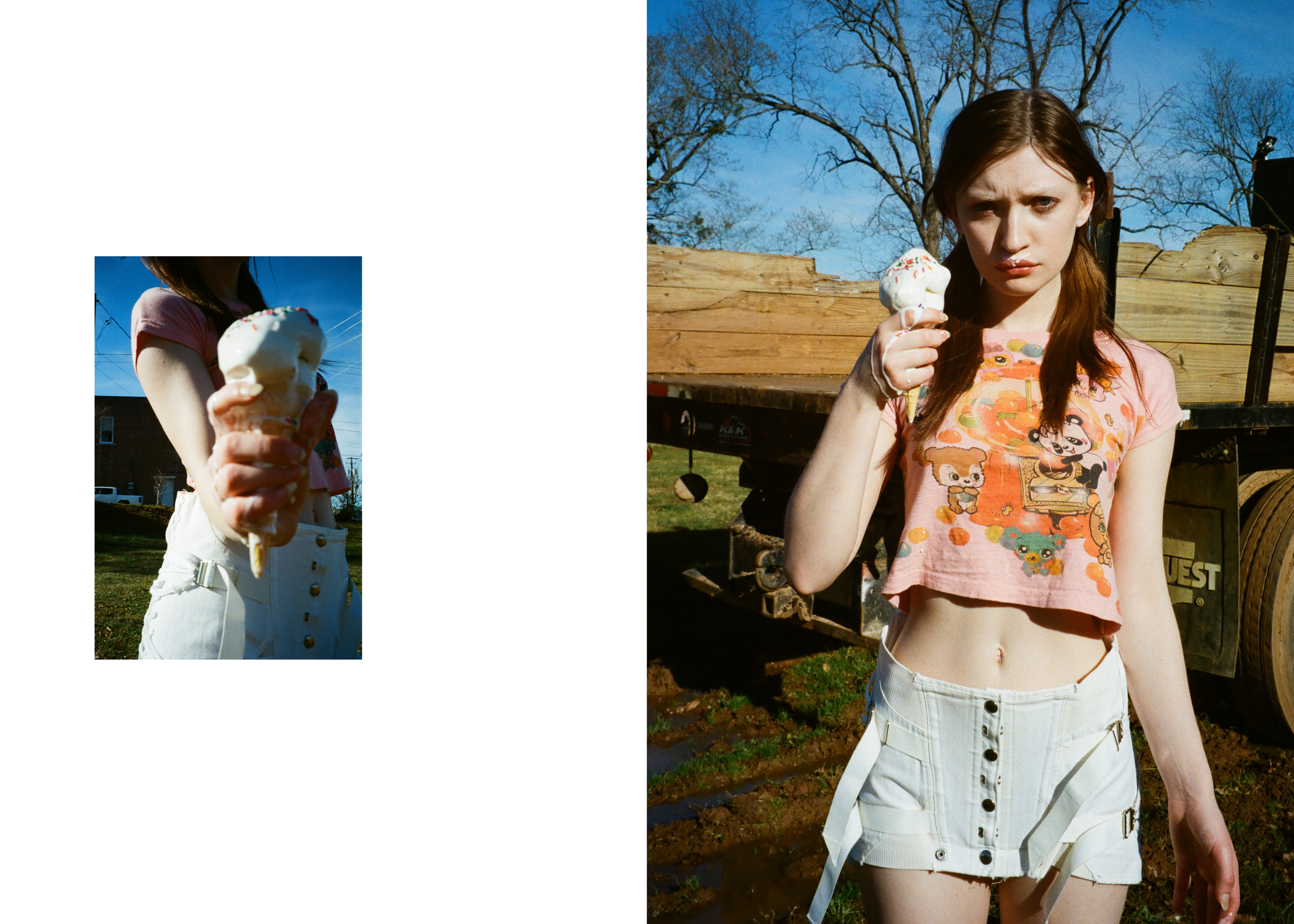 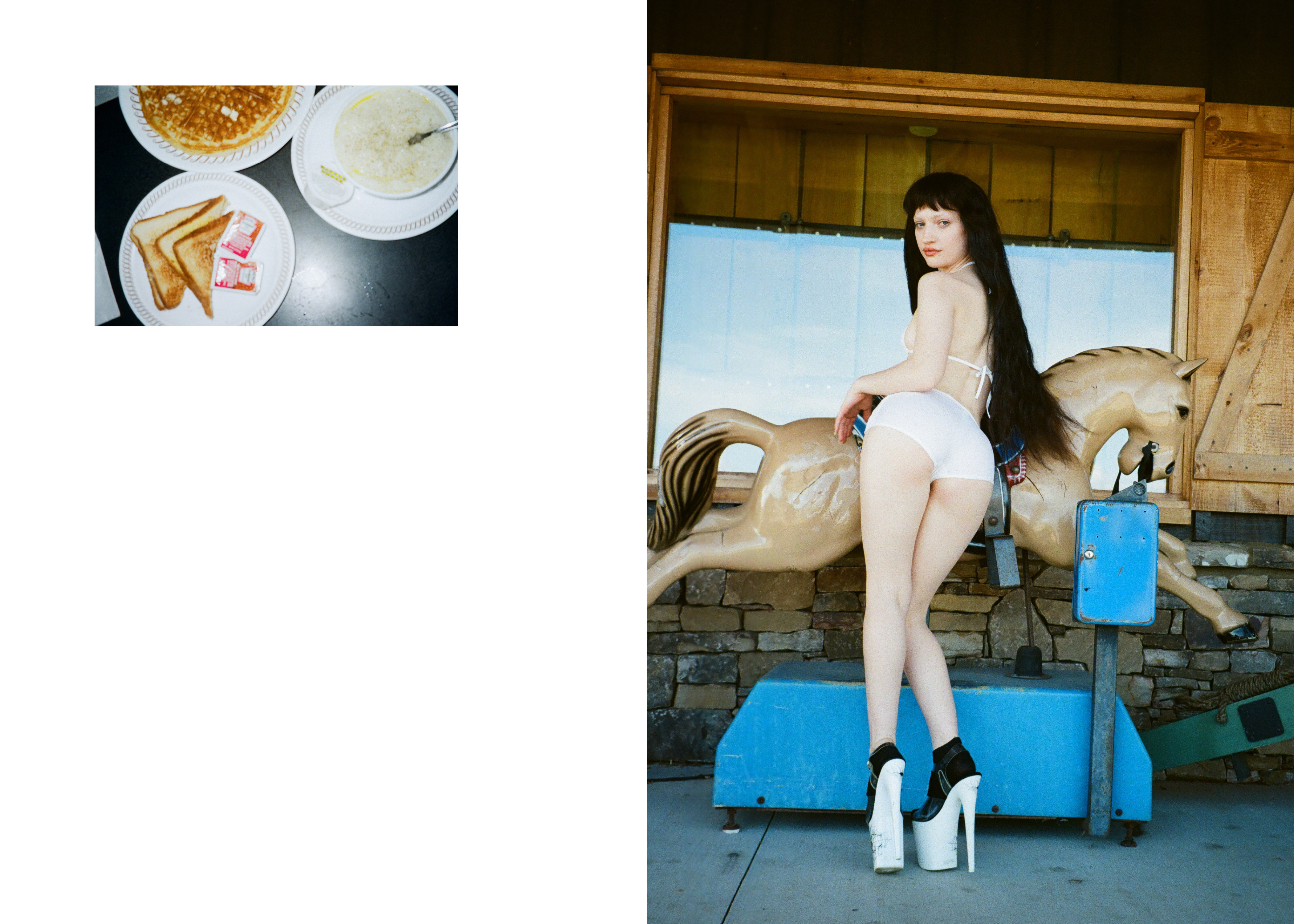 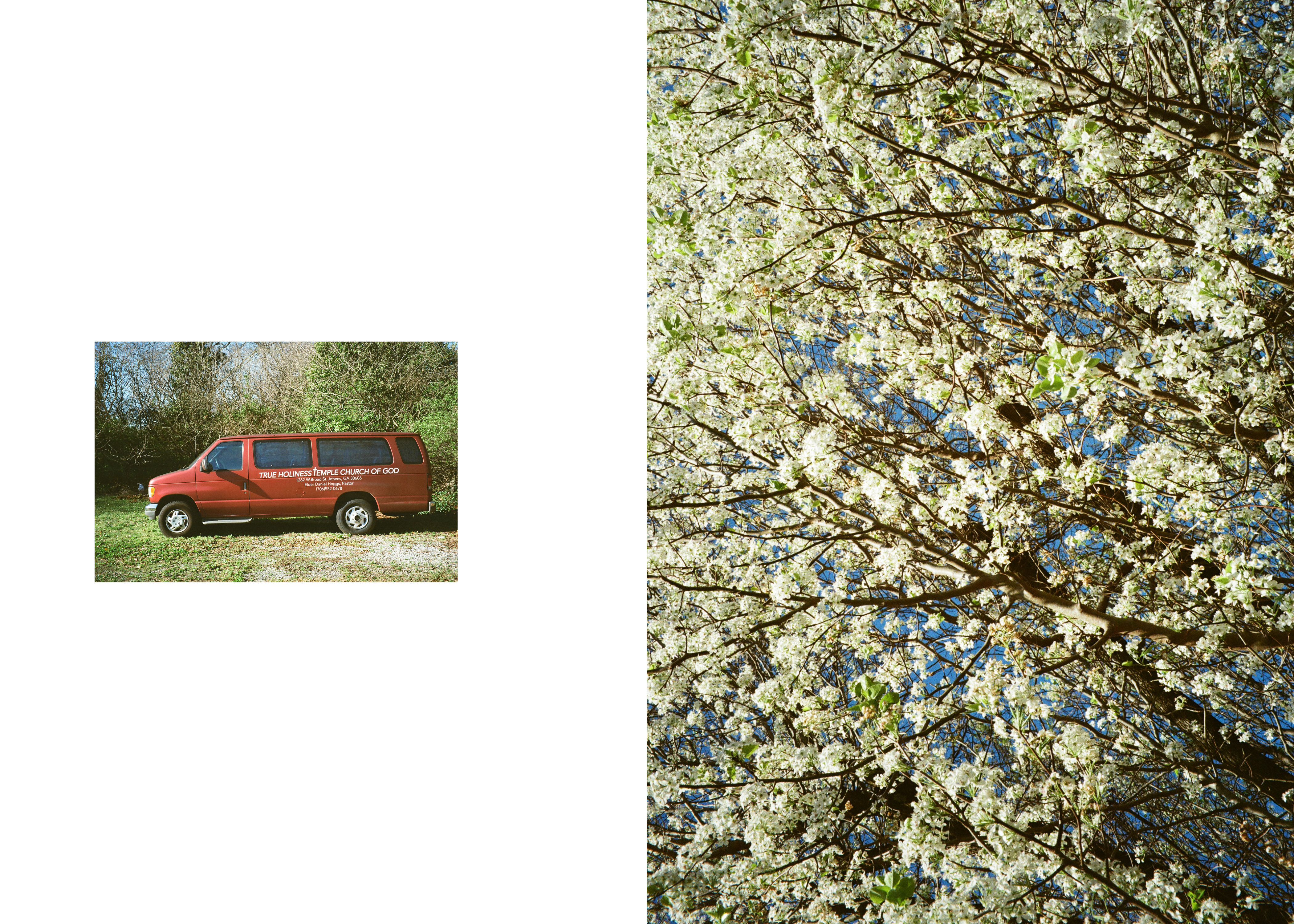 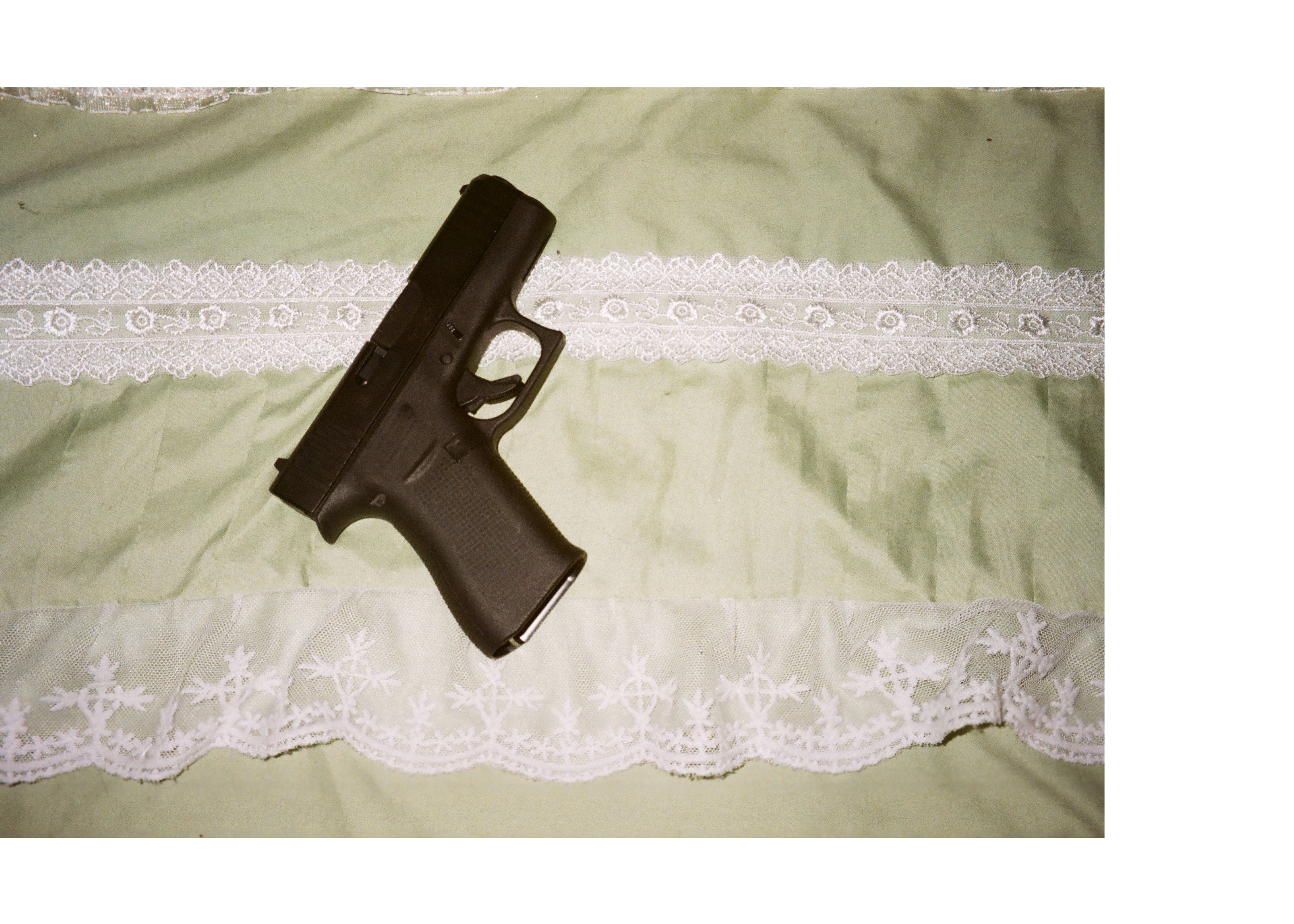