Past Years: 2020 2021
Learn More: Pratt Institute B.F.A. in Communications Design
Jessalyn Lu
TECHNO ORIENTALISM: Embodying and Embracing the Asian Cyborg
Tags +
animation, dystopian, feminism, illustration, motion, music
The concept of techno orientalism is to view East Asia and Asians as technologically advanced and emotionally primitive; they are robotic, brainwashed, and inevitably destructive to the world. It stems from Western fears of an East Asian-dominated future, as well as the existential threat that technology and modernity will be catastrophic unless led by the West. The cyborg trope, a techno orientalist depiction of the female asian body, is also a common cliche. Some examples of this in film include the computerized geisha in Blade Runner, the robot geisha in Ghost in the Shell, and the Asian sex slave robot in Ex Machina. All of these Asian female robots are presented as the invention or property of white male figures, and they are usually reduced to a role of domestic servant, sex slave, prostitute, or villainous seductress. This characterization of Asian cyborgs reinforces negative perceptions of East Asian women and how the West regards them as sexual gratifiers of the white man. East Asian women have long been fetishized, and when this is paired with techno orientalist anxieties, Asian cyborgs are both fetishized and demonized for their potential destructiveness. Despite the obvious consequences of techno orientalist tropes, a question remains: what would happen if Asians embraced the cyborg identity? We could see it as an unexpected opportunity for empowerment and a way to reclaim the stereotypes projected onto Asians. Donna J. Haraway's Cyborg Manifesto posits the idea of being a cyborg as something positive, claiming that if one is a cyborg who has been manufactured and programmed by society, then it's possible to be reconstructed and rebuilt. The Asian cyborg renders the Asian female body as inhuman, lacking autonomy, and programmed to serve patriarchal power structures. What if it could be reprogrammed to completely destroy the symbol of the oppressive West (the white man) by playing into this submissive and sexualized image, seducing him, and striking when he's least expecting it? For my thesis project I created an animated music video to the song She Abunai by Alice Longyu Gao. Through the music, its lyrics, and the animation, I aimed to tell the story of an Asian cyborg 'woman' reclaiming her power and finding liberation by embracing and embodying techno orientalist stereotypes.
https://jlux10.wixsite.com/portfolio https://www.instagram.com/bloodpin.k/ 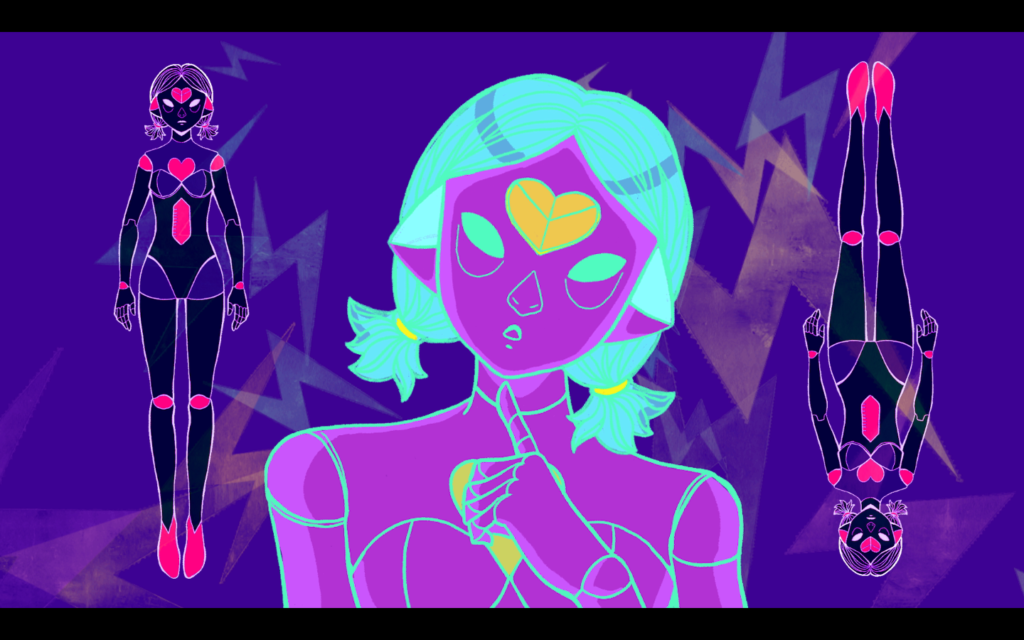 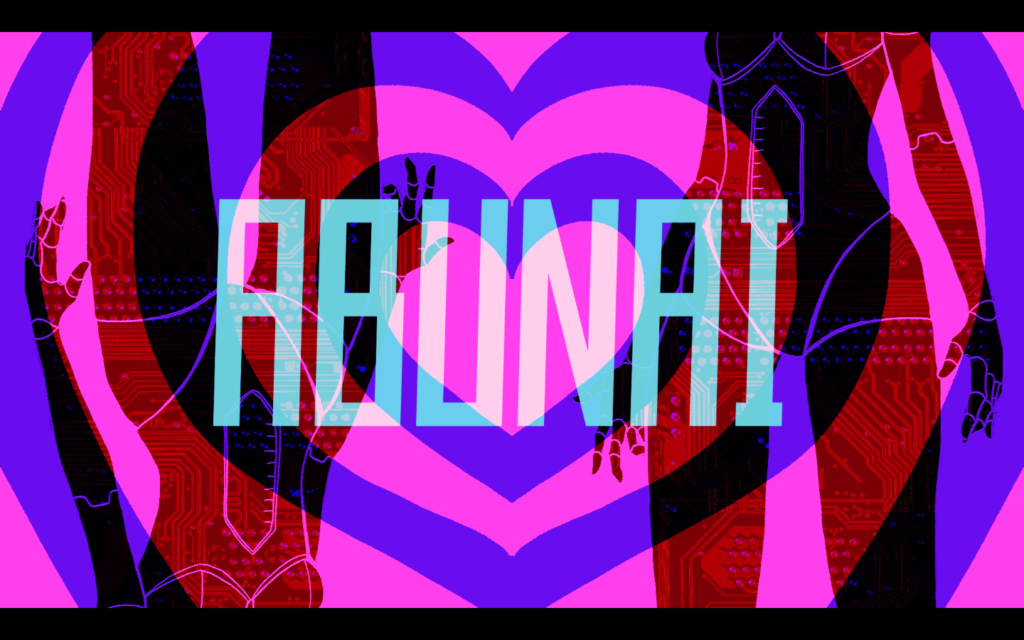 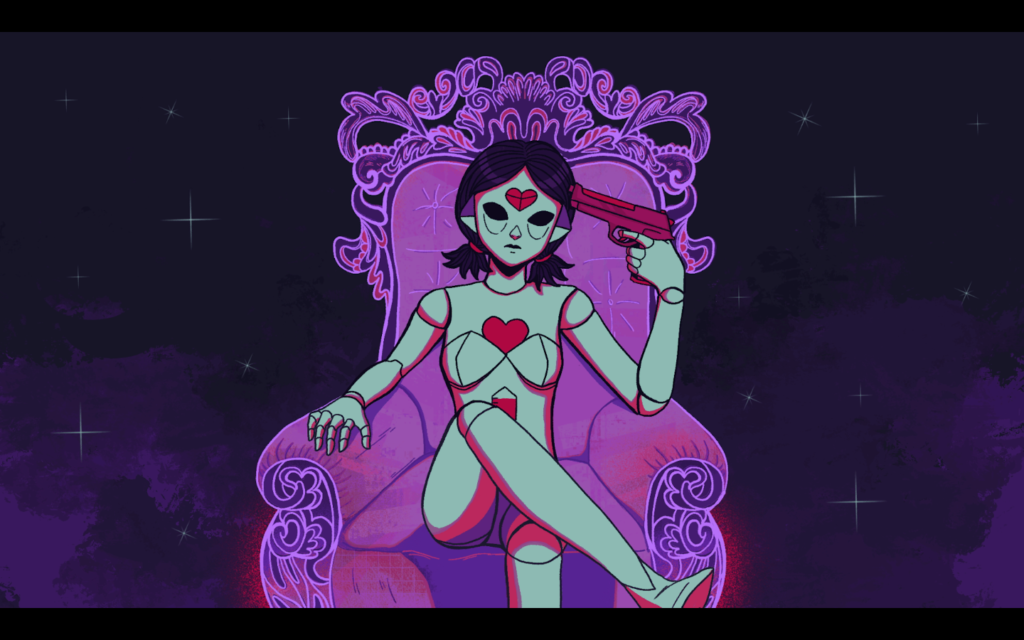 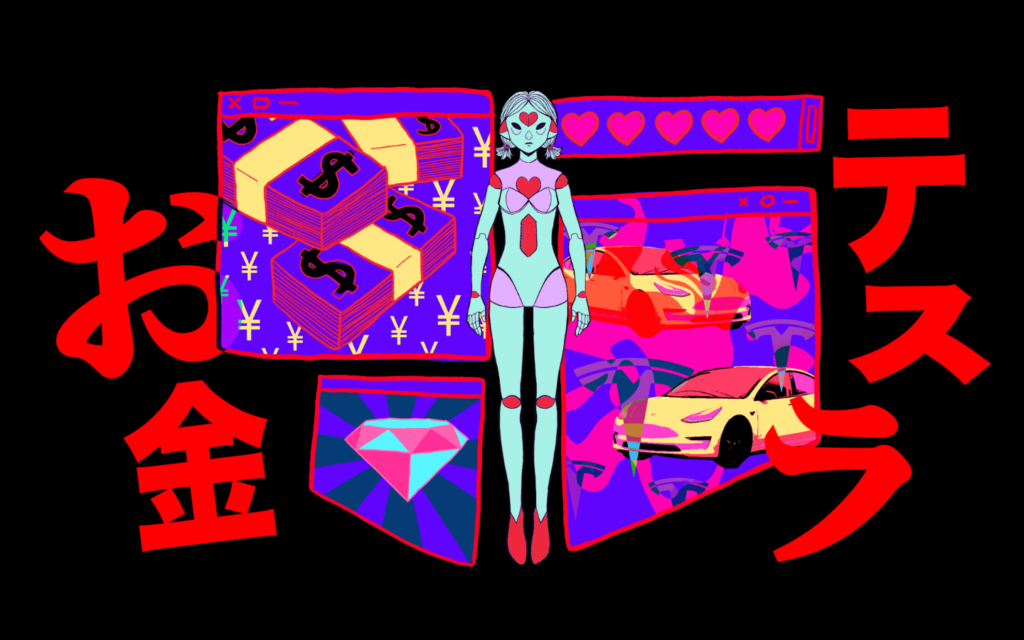 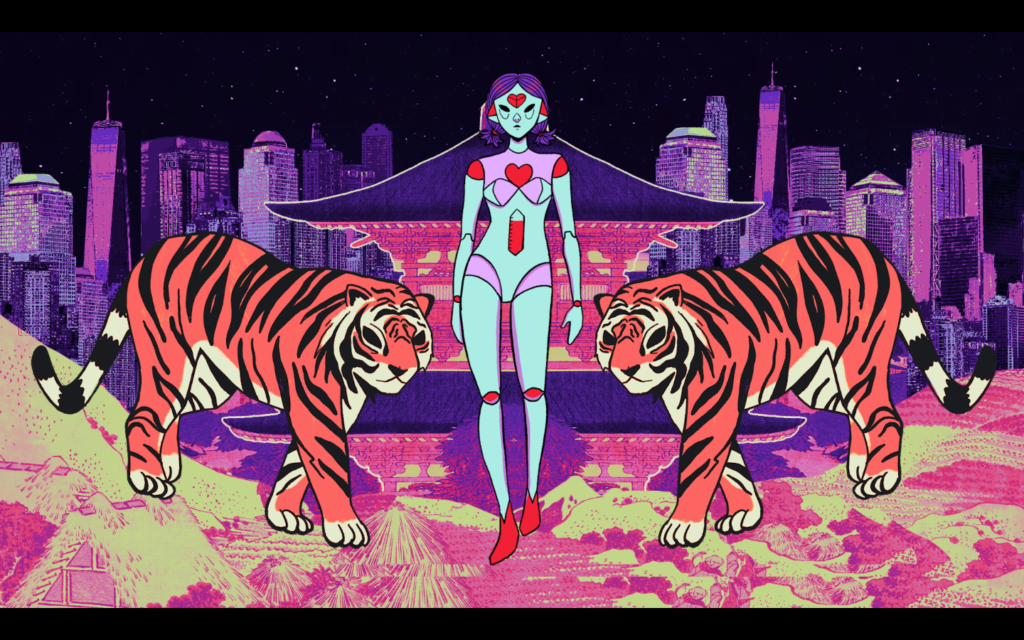 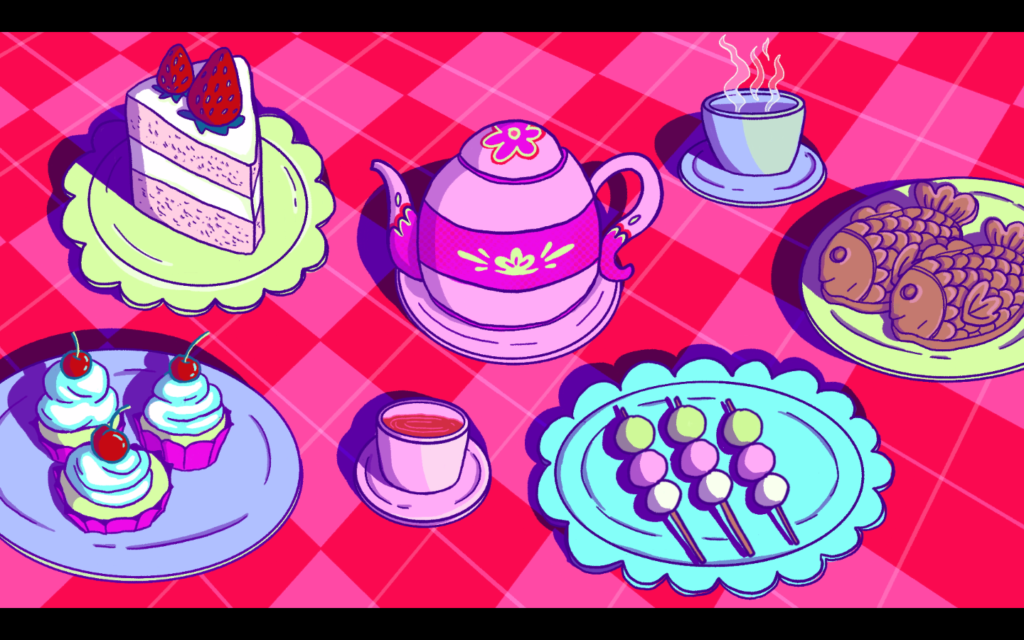 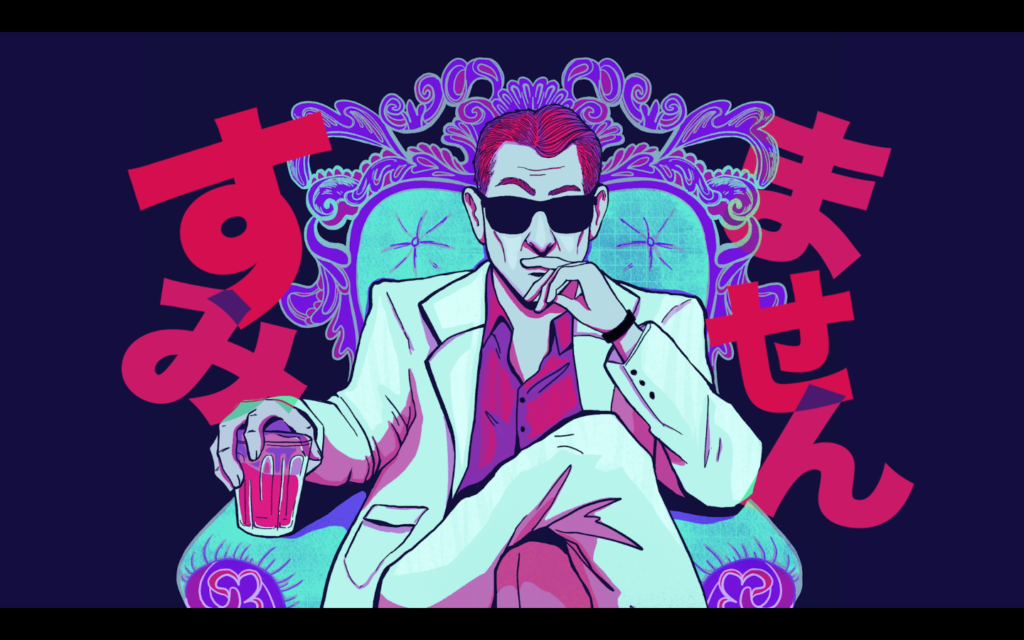 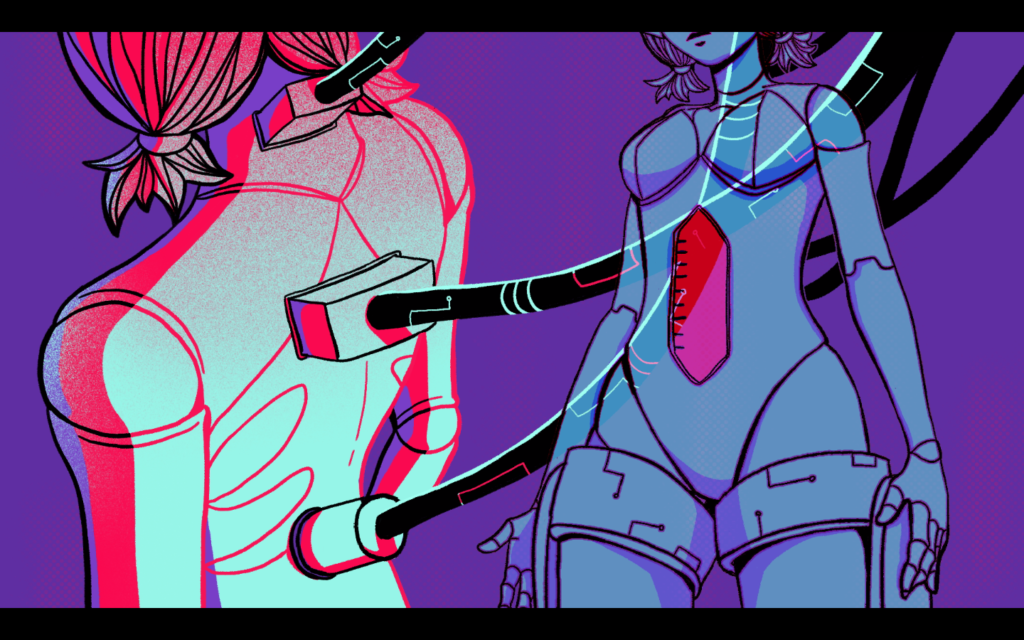 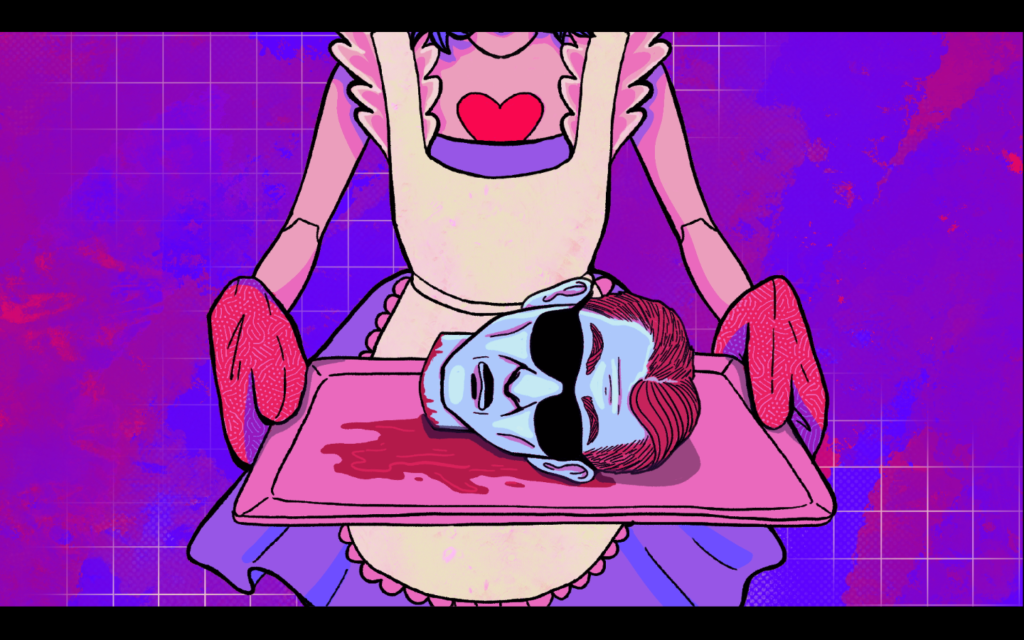