Past Years: 2020 2021
Learn More: Pratt Institute B.F.A. in Communications Design
Annika Godura
Nettledom
Tags +
book cover design, book design, concept art, culture, editorial illustration, endpapers, fantasy, fine art, illustration, imaginative, intricate linework, literature, loss, love, magic, mythology, narrative, pattern design, teenager, visual narrative, world building, writing, Young adult
Nettledom, in short, is my baby. It’s a roughly 500-page YA fantasy novel that I have been working on for almost a decade, something I have written my hopes, blood, and fantasies into. The story follows a young girl, Sophia, as she reconnects with her fairly-estranged sister Nettle, following her through a magical portal into a kingdom known as Iazore (Ee-ah-soar), where her long-lost father has been lavishing his days as a low-level raja (king) of a ruling family with a dark past. Something that I have noticed in my years as an avid fan of fantasy stories is that the bulk of them are based on Medieval European settings, neglecting the colourful beauty of the rest of the world. The kingdom of Iazore draws heavily on Desi aesthetics and culture, something I am both familiar with and have a great admiration for, having grown up right outside of Delhi, in India. In my time at Pratt I started minoring in writing, finding any excuse to tie my schooling in with my passions, and after spending a semester doing an independent study dealing with the text of the story, I decided to use my thesis to further visually develop the world. I created a series of six illustrations, some of them that can neatly slip in between chapters, some to be used for the covers or endpages. It is by no means a finished project, as there is still some trimming, varnishing, and plumping left, but it is a stepping stone. More than that, it’s a milestone.
annikagodura.com @bechari.art 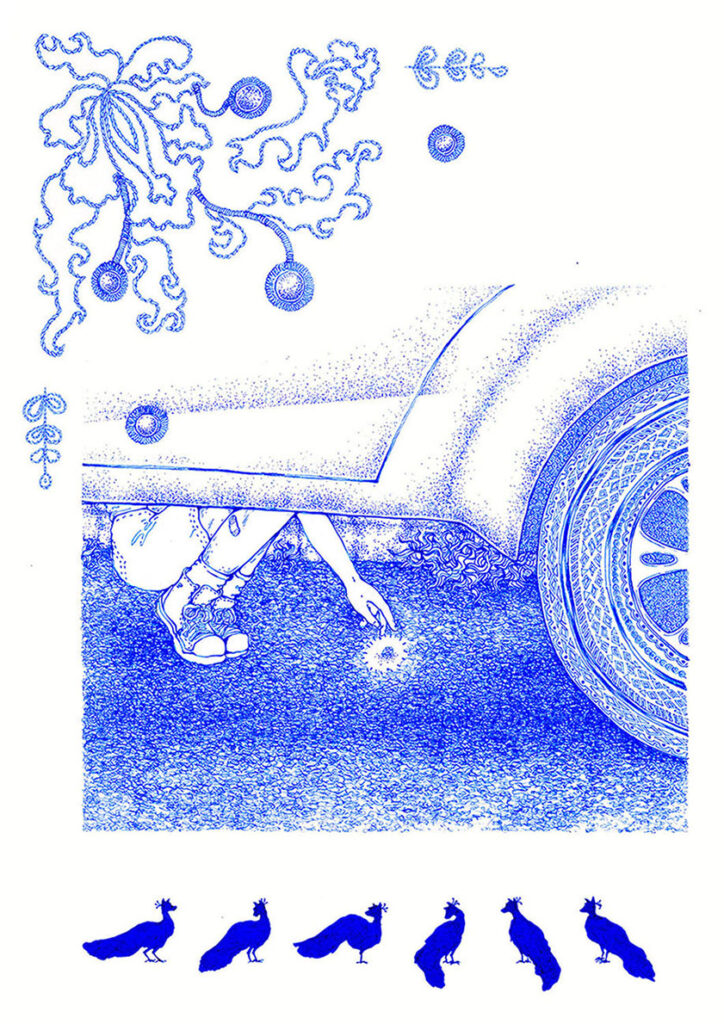 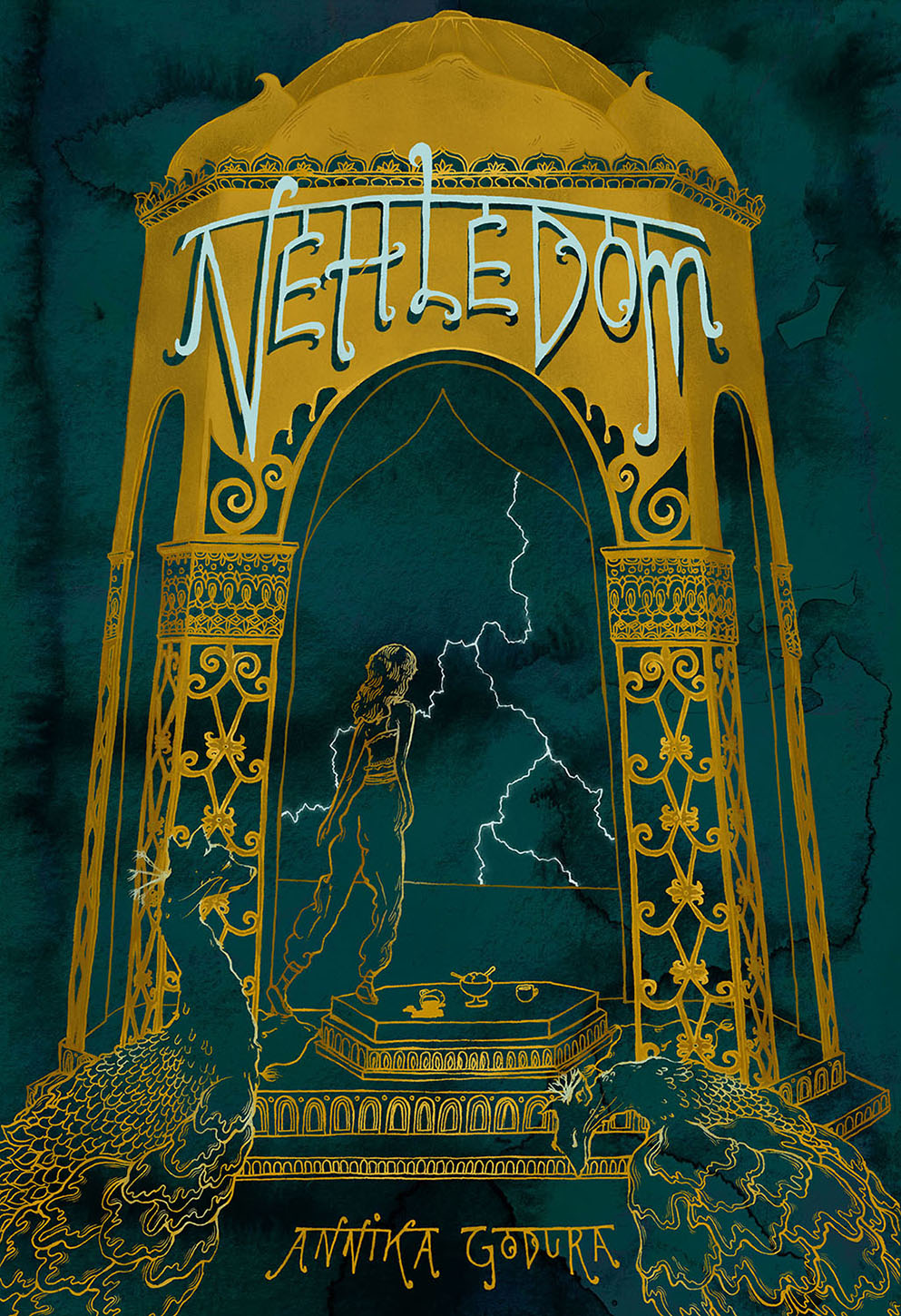 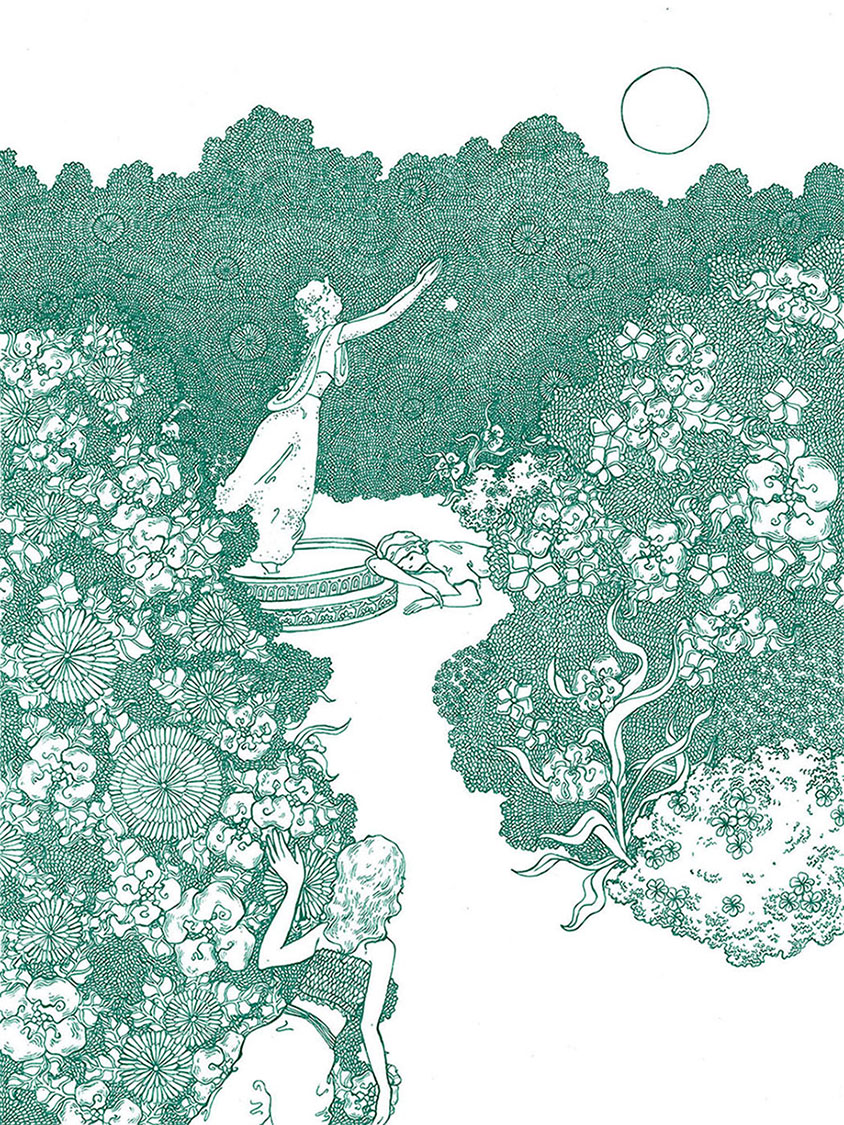 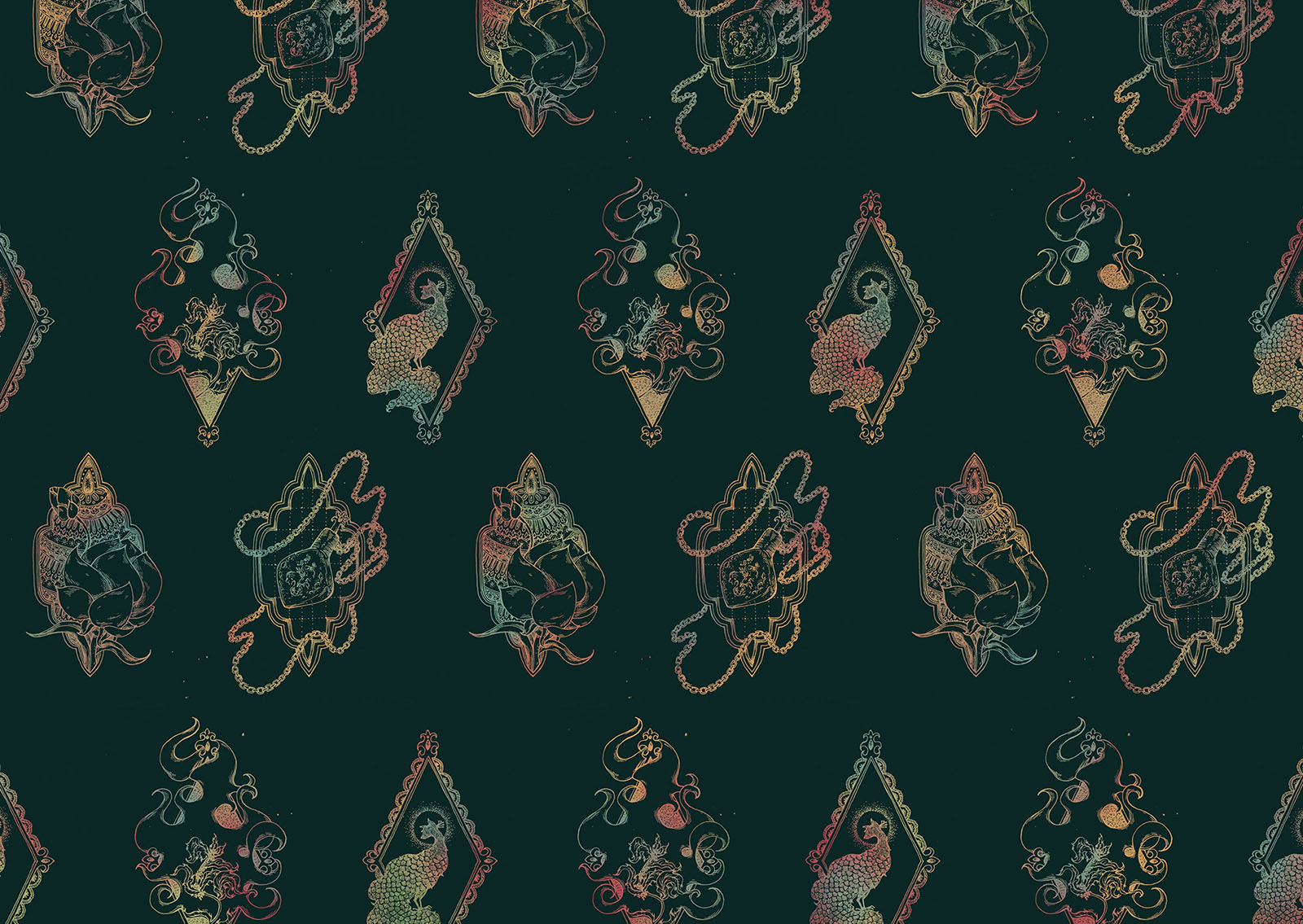 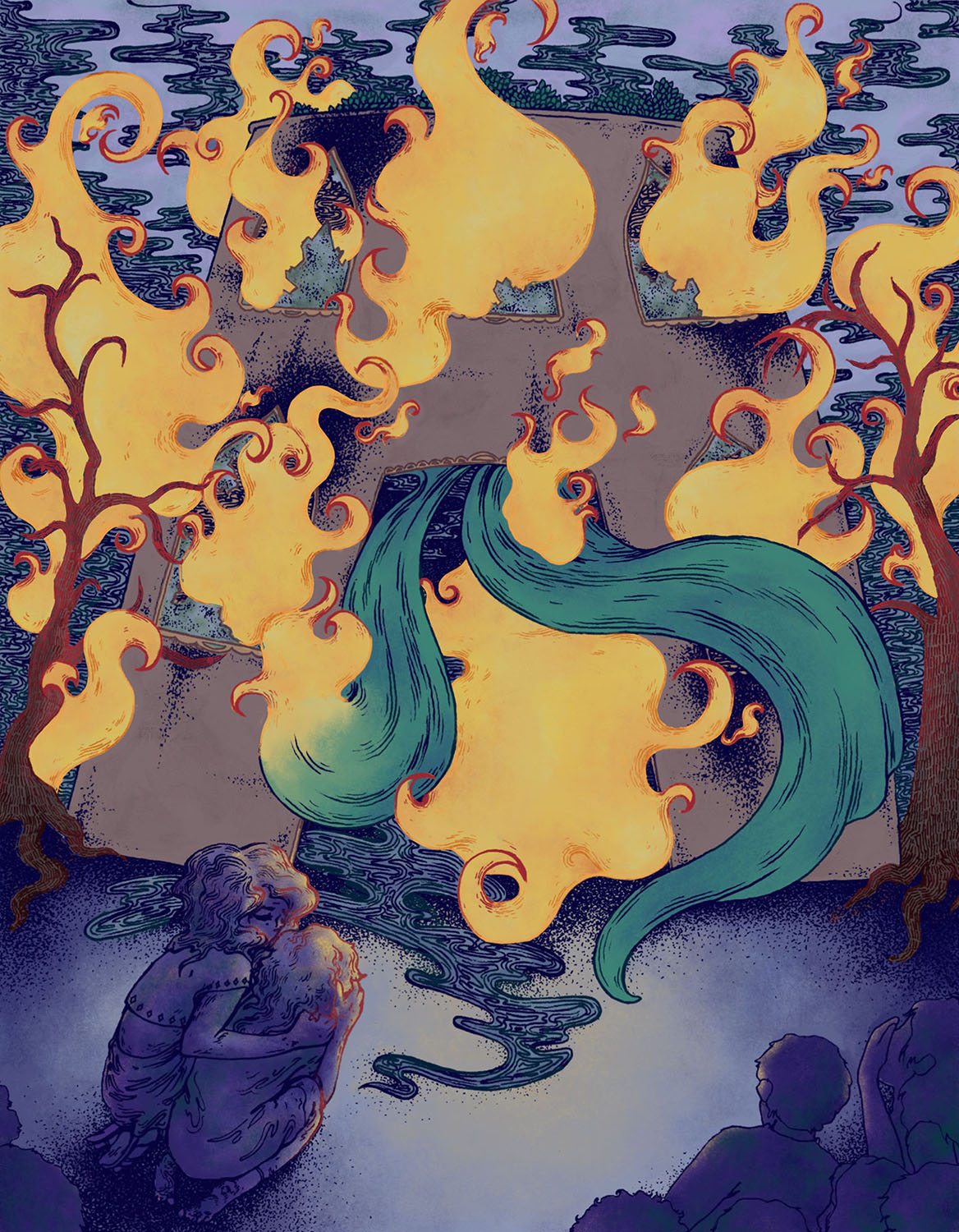 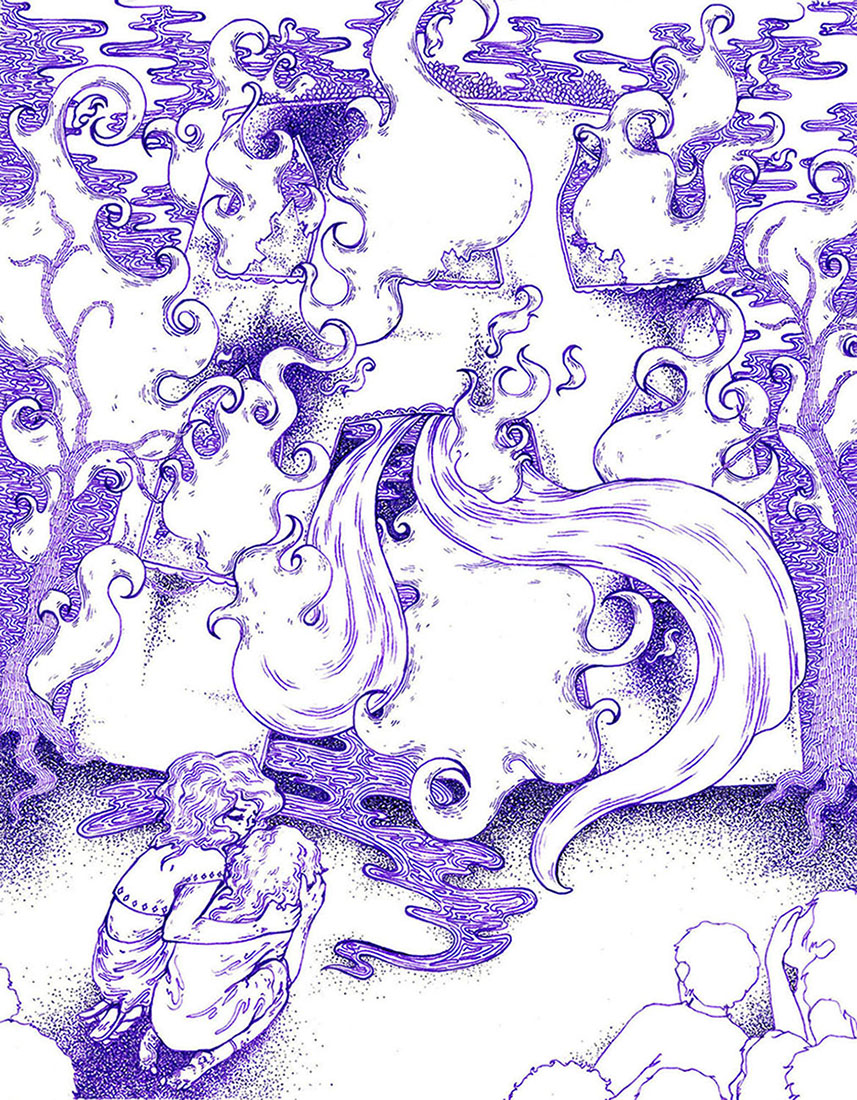 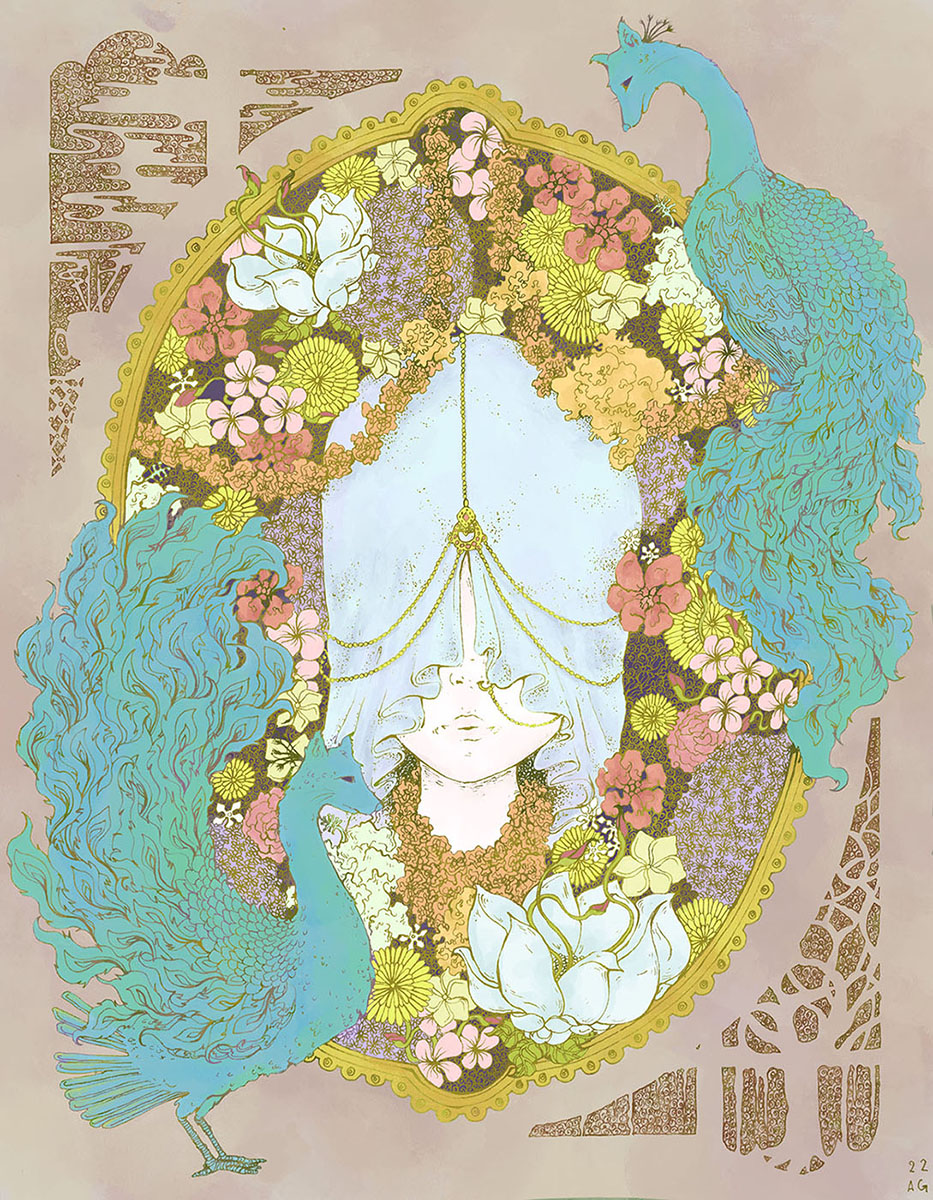 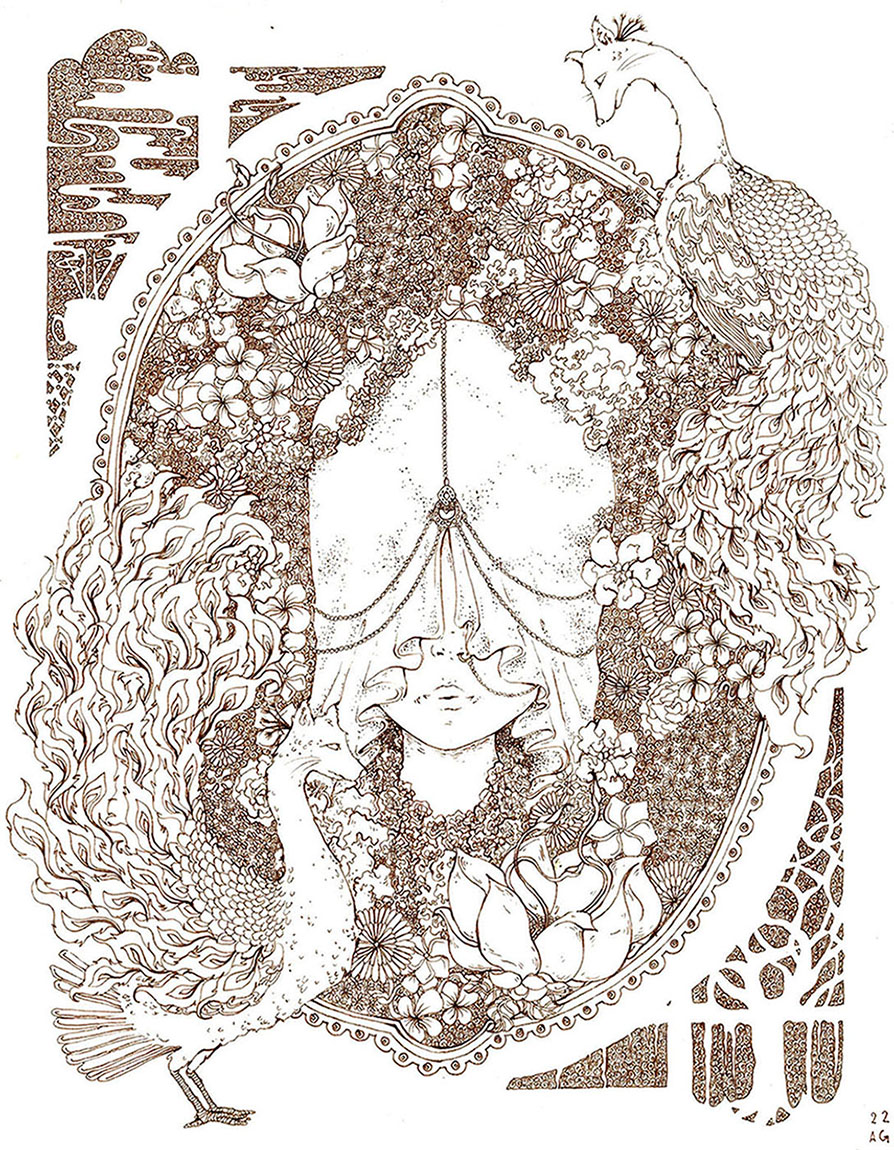